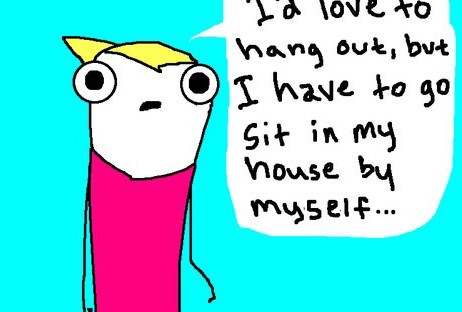 “It will be fun for you to meet new people,” they said.

“Stop staying at home. You’re never going to meet your Mr. Right if you’re sitting on the couch,” they said.

They in this case turns out to be my social butterfly, extrovert friends. And so I have been putting myself out there. For 2019, I said I would stop bashing the dating scene and actually put myself in it. Don’t get me wrong, I’m not longing for a ring on my finger tomorrow but when you’re a workaholic with constant stress, it is nice to have some form of companionship.

Therefore when the ball dropped to usher in 2019, I said I would make more of an effort this year to be social. Not a full on New Years Resolution because something about those seem corny, but more like a goal. So thanks to my other goal of working out and having a more active lifestyle, I am out at the gym and “meeting people” there. I also signed up for online dating and went to a local speed dating event.

Let’s take each one of these tragedies one by one shall we? The gym. Guys just stare. They don’t make conversation or ask how you’re doing, they just stare. Ok I don’t make conversation or ask how they’re doing (even if I don’t stare) so we can call that one a wash. Also, let’s face it, at the gym I’m really just trying to get in my workout and get out.

But when it comes to online dating, E-harmony owes me $41.98 and I want every last dime back. I read blogs and reviews that said a lot of dating sites will flood you with notifications initially just to get you excited or interested but suddenly it stops until….your term is almost over and suddenly you’re bombarded again. Well guess what? They were 100% correct. I’ve heard similar stories from people on other sites such as Match and Bumble. Clearly these companies are taking advantage of the fact that there is a viable market for women trying to find love on the go without actually going out. Also, the internet gives you a much wider net of people that you may not meet otherwise. It also gives you a wider range of psychos…which brings me to Plenty of Fish.

If POF is your dating website of choice, then you may want to turn away now because what I have to say isn’t pretty. This site certainly lives up to the saying “you get what you pay for,” which is why this site is free. Because you get absolutely nothing. Actually let me take that back, you do get something. Once I got past the criminals and perverts there was the occasional ray of light in the dark, fish barrel that could actually put a decent sentence together other than the patented “Good Morning Beautiful”. These were the few that I felt comfortable enough to give my number so we could get to know each other a little better. These are also the few that don’t seem to understand that people actually do have to work for a living and proceeded to call and text me all through the day and felt that I was acting funny when I didn’t immediately respond.

And when the texts didn’t work, they decided to just randomly FaceTime, call throughout the day or proceed to ask me a ton of personal information such as my last name and where I worked. Here’s the deal, maybe I’m a bit old fashioned but asking someone their place of business and last name before you’ve had one phone conversation or met in person seems to be jumping the gun a bit, no? I’ll admit that I haven’t been on a date since the Bush son was President but with all of the news and horror stories that have been well publicized, I can’t see how anyone in their right mind would assume that one would give their personal information so easily. Needless to say he was canceled but there was one that we had great conversation, he wasn’t overly pushy or needy, didn’t ask me for my driver’s license and social security number and I felt more than comfortable meeting him for a date….and he flaked. Never to be heard from again.

Finally, there was the speed dating event or what it should’ve been called, “women sitting around in a bar waiting for men to show up and decide to eat, drink and play on their cell phones event.” There was a room of twenty women and about three men in their 20’s. We were constantly urged to wait and that the men were on their way but there’s something about a room full of women waiting on men to show up that just didn’t sit right with me. It also served as a metaphor for how a lot of single women feel.

Here’s the deal, the rational adult in me understands that I can’t expect to find a diamond right out of the gate. It takes time to meet someone, have both physical and mental chemistry and finally end up at the point where you want to enter a relationship. But to be quite honest, I’m already exhausted. Depending on what kind of Introvert you are (I am the most extreme type), a lot of socializing and talking can be completely draining. I feel like I’ve run the Boston Marathon while my friends who are more outgoing probably see my few attempts as a jog around the block.

Overall, I don’t plan to let a few (more than enough) experiences deter me from putting myself out there, but I have definitely let go of any and all expectations. And maybe that is the key.

In a world where Trump is President, it’s imperative for the sake of my sanity to find the bright light in all situations. Even if I don’t find Mr. Right or even Mr. Right Now, I’m learning a lot about myself in the process and also brushing up on my flirting and small talking skills. And for right now, that’s all an introvert girl can ask for.