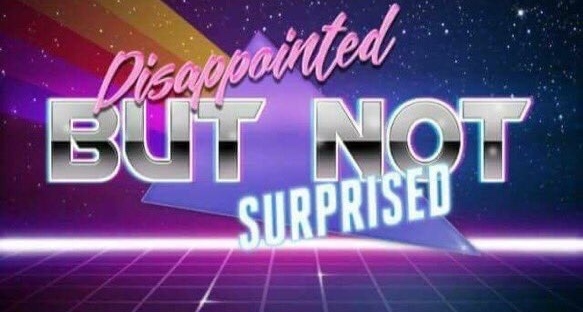 Donna Karan, Mayim Bialik and now Gabby Douglas. All well known respected women who decided to use their platform to victim shame. In each woman’s case they didn’t have much to say in the beginning about the Sexual Assault allegations being exposed at an alarming rate until much later when they opened their mouths and stuck their foot right in it. 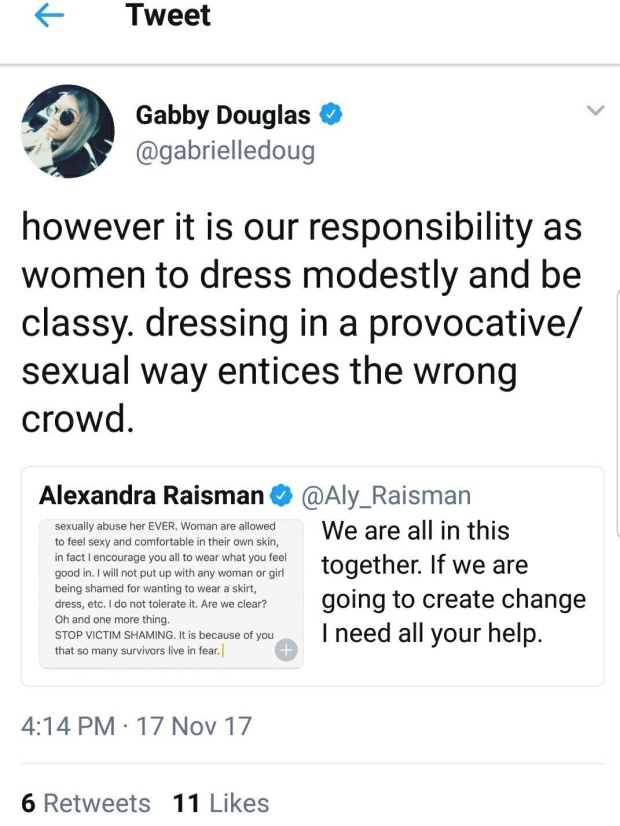 All came around shortly after with apologies and excuses.

You misunderstood what I said

In a time of what should be pure solidarity among us, we are getting in each other’s way. The belief that a woman’s looks or how she dresses has anything to do with why she’s assaulted is not only ignorant but dangerous. Bialik’s narrative she hasn’t been subjected to the same level of harassment because she’s not as attractive as other actresses and Gabby’s view that women should dress modestly so they don’t attract a certain type of attention, is completely undermining a movement that for once is holding powerful men that have felt they could do what they want when they want accountable.

Women are finally feeling comfortable enough to share their stories and shedding the shame that follows so many abuse victims and this is what they get in return.

And then there’s Lena Dunham (who has been problematic for a long time so her stance is not surprising) who decided to take the “I know him, he’s always been nice to me so I know he didn’t do this” approach.

How many episodes of Dateline and 48 Hours have we seen where High school friends, neighbors and the postman testify how they are completely shocked that the quiet nice person they knew for years raped and killed someone? Your experience with someone =/= someone else’s experience.

Sometimes it’s best to just not say anything at all. Let that person that is being accused be accountable for their own behavior. If you were not a witness to the alleged incident then you have no room to proclaim that person’s innocence.

We are living in a world where people are sexualizing children, making excuses for pedophiles and actually believing that if a woman dresses a certain way she is inviting herself to be raped.

Women please come together. We need each other now more than ever.