Working more than 40 hours a week doesn’t leave much time or energy to date. When friends suggest where I could meet someone, there aren’t many options since the only places I frequent are home and work. Unless my dream man is somehow magically sitting on my couch one day, it’s not going to happen. Also, if he did happen to be on my couch one day there would be a much bigger problem because that would be considered home invasion.

Due to my schedule, laziness and immense social awkwardness, the first suggestion that everyone makes is …. Online dating. All of the normal excuses come to mind at this idea especially as an avid watcher of Law and Order: SVU and the Investigative Discovery channel. In my imagination, predators are just waiting in their mom’s basement that probably smells like feet and corn chips with nothing on but boxers, house slippers and a ton of computer monitors on a wood table just waiting on the next lonely woman to send them a message so they can tell her whatever they feel like she needs to hear. Maybe one just ends up with a creepy web experience or worst case scenario in a bodybag, but neither of these options really appeal to me.

Yes online dating has come a long way since the early days of AOL dial ups when there were nothing but chat rooms with people starting conversations with “Wanna cyber?”

There are all kinds of apps with compatibility tests that are supposed to increase your chance of meeting the one. The alleged good ones cost money and you have to work a little harder on the apps that are free but after all, you get what you pay for.

After much nudging from my friends I signed up for a Match account. I spent the 60 bucks and said that no matter what I would make a real effort to engage whoever reached out to me and also initiate conversations here and there. Immediately upon signing up I was inundated with notifications. No no, this isn’t me bragging that all of a sudden these men saw me and was like she’s the one I’ve been waiting for. I really think it’s all some type of scam for people who are new to keep you interested.

Guys were coming from everywhere, I even had to disable the notifications on my phone because it was too distracting. It took less than 26 hours before I was completely bored by the entire experience.

There’s only so many times that you can ask someone “So what do you like to do in your spare time?”, “Where are you from?”, “What do you do for a living?” and after the conversation doesn’t jump off from there, what is there to do? At one point I thought it was me because I would ask open ended questions and get one word answers back. So I enlisted the help of friends to tell me what to say and still got the same type of response. After 4 or 5 back and forth messages of three words maximum, the next question from them was “So when can we meet?” 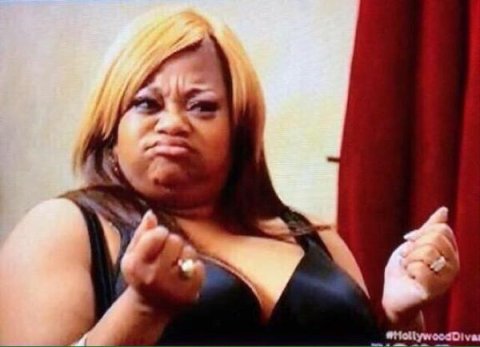 Ummm….We can’t even carry a conversation through text let alone in person. At least with an app, it can be closed if you’re bored. I couldn’t imagine what I would do if I were faced with that level of awkwardness in person.

Like the Schuyler Sisters ,I’m looking for a mind at work, work…and also a man that works. I’m sorry, call me high maintenance but a job is requirement. However, I find it hard to believe what you claim to do for a living when you can’t even spell it. On several occasions I’ve asked someone what they do for a living and the answer comes back misspelled. Here’s the thing, as a writer I can be known to be a grammar nazi. (And yes I’m aware that I don’t use perfect grammar on this blog, but if it wasn’t an informal blog I would be all over it.) However, I treat the messages on these apps as I would my text messages. I don’t expect them to have perfect sentence structure or capitalization. I expect LOL’s and LMAO and KMSL and all the other cute little initials the kids are using these days. But whatever pays your bills, you need to be able to spell it.

Otherwise, I’m going to think not only is it not your real job, but overall there’s a literacy problem and that for me is a NO. I’m not expecting the person to read 3 books a week like I do or know MLA or APA formatting, but knowing how to read and spell is a bottom of the barrel expectation.

I won’t bend on that.

This one should come as no surprise, even MTV has built a show around it. The unemployment rate has been hovering around 4% for the last few years, which means there is a small population that has nothing but time on their hands to sit behind someone’s computer and create fake profiles just to see who they can find. I don’t see the point because at some point the jig is up but for some it passes the time. Thankfully, I haven’t had this particular problem but I know girlfriends that have and it’s just annoying. If you aren’t really looking for love then don’t waste the time of those that are.

I am not interested in your opening line being, “Good Morning my hot, supple, caramel latte queen.

We are not at Starbucks or Kensington Palace. I’m not a barista or a member of the Royal family. Stop with the silly names. What happened to a simple “Good Morning?” When did describing what could be your coffee order suddenly become an acceptable way of getting someone’s attention? That’s no different than walking down the street and being catcalled by a guy out the window yelling “Say Red.” It’s not appealing. But if it’s your way of approaching a woman then so be it. It’s just not my cup of tea. Therefore, when I say I’m not interested after being constantly messaged, then all of a sudden the tone completely changes. Instead of, “I understand. Take care,” it turns into “Well f&&k you then, you weren’t all that anyway,” or “I just wanted to f&&k so your loss?” 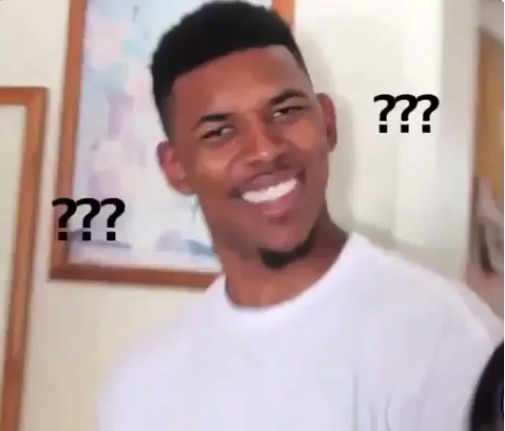 But is it though?

Problem #5 Conversation is not overrated

Maybe I read too many romance novels but the part about starting a new relationship or having a new romantic interest is the getting to know you phase. When you start to have those little conversations here and there about your day, interests, work, family or anything else as you slowly (and I do mean slowly) get to feel comfortable with one another. Your guard slowly begins to drop and online messages start to morph into text messages and phone calls. That sounds like a natural progression to me. However, men on apps talk to you for ten minutes and want your personal information and want to meet up. Call me old crazy, but I thought the point of online dating was not only convenience but also being able to weed out those that you aren’t vibing with so when you do have the time to meet up in person, it’s with someone you are confident is somewhat compatible with you.

Maybe my expectations are just too high and the dating game has changed. The whole situation is mind boggling. I can’t quite figure it out, but until I do thank goodness for books and Netflix. I know exactly how to spend my time.

What are your thoughts on online dating? Is it helpful or problematic?